Further to my last post about Woolies problems, there’s a growing belief in the marketing industry that BIG DATA is distracting marketers from the main game. Just like social media and content marketing have been driven by trend blindness, so too the BIG DATA fashion. Most marketers haven’t a clue about their small data to even contemplate making BIG DATA work for them.

Woolies was so enamored with their BIG DATA, they bought the data analytics company managing it. I have to admit, as an old Seinfeld fan, I cannot get the BIG SALAD out of my mind whenever I hear people use the term BIG DATA. 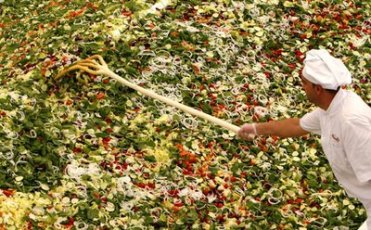 raking over the BIG DATA in the BIG SALAD…

Given their lack of financial and marketing success, Woolies is obviously yet to reap their BIG DATA benefits. I recently heard an interesting insight from one of their data executives. Apparently they are analysing people’s credit card purchases.

They discovered if you are a male who buys weight loss products for six months, you’re very likely to then purchase “adult services” once you’re looking fit and trim. This brilliant insight will obviously help the adult sex industry. Let’s see, maybe they could advertise their services on low-fat yoghurt labels, or possibly put a neck tag on bunches of kale? 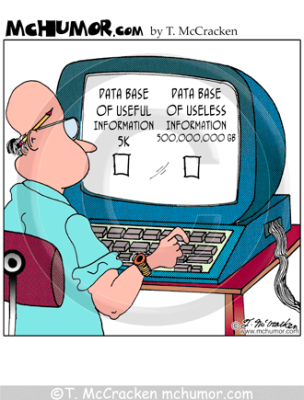 But let’s not blame the current BIG DATA fashion for the “why don’t they get it?” marketing moments. While speaking at a tourism marketing conference in New Zealand a few years ago, I met Jeanette Kelly. She had spent years working in the hospitality industry. Jeanette presented a wonderful piece of research conducted by the University of Waikato.

What it revealed is a problem all too familiar in the marketing industry – a complete lack of understanding of customers by people responsible for marketing to them.

The customers were then asked the same question. Guess what the customers listed as the most important factors influencing their accommodation choices?

As you can see – the marketers hadn’t a clue. In case you’re wondering, ‘room prices’ came 17th on the list of priorities for customers – amazing how small data can help your business.

Telstra is another brand that is out of touch because they ignore their small data. Here’s an earlier example.

The offer is for a Samsung Galaxy. Personally I’d like one – as Apple is now the new IBM – do it our way or else. Here’s the email – an ad not a personal message: 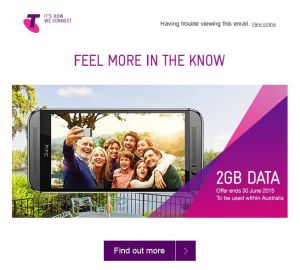 Selfies make you feel more in the know – WTF? 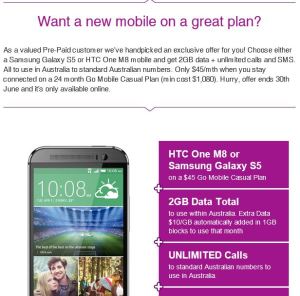 I thought I already had a great plan? 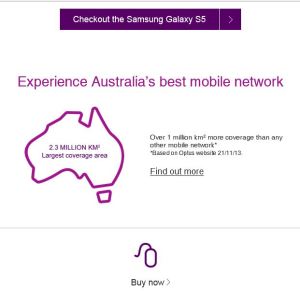 Any sane human involved in the mobile phone industry knows the terrible psychological damage caused by trying to switch phone brands, if you use Outlook email on your desktop and want to sync your data. Even worse if you use it via Google Apps. Grown men, champion triathletes, even UFC title holders wither to blubbering wrecks, trying to get a simple transition of their data from Apple to Samsung or vice versa. It can invoke violence on innocent handsets. 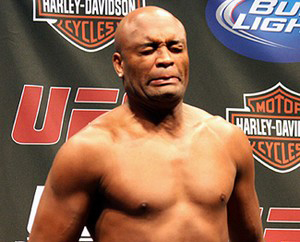 And Telstra know this problem – particularly relating to me – because it’s recorded in their small data on my account file. It must be after the Great Samsung/iPhone Disaster mentioned earlier. So I assume given my ‘exclusive’ offer, they have looked at my account.

It is not unusual to see a total chasm between marketers and their customers. The recent Woolies debacle is typical. 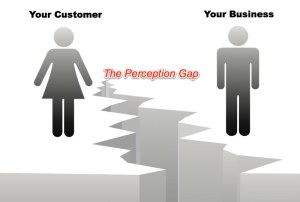 Quite often what customers want and what marketers think they want, are two different things. It’s why you see so much irrelevant content in content marketing. And it’s everywhere. Here’s a recent example of a headline from a Data-Driven Marketing association:

Yes it’s true folks. That ridiculous headline was published online – note the complete lack of reference to customers in the statement. But please don’t despair. The marketing pendulum will swing back to common sense soon, you just need to be patient. 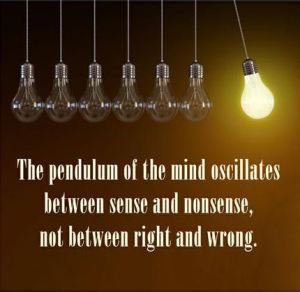 Is it any wonder the Woolies head checkout operator is resigning? It was announced in the press today the CEO is falling on his sword after a deterioration in sales.

But the sales are the symptom, not the problem. You may have seen this article about a major data breach.

Apparently a human caused a computer to send an email to more than 1,000 customers – because computers don’t just send emails like this of their own accord. The problem from this simple error, is the email included an excel spread sheet with the names and email address of thousands of customers and a downloadable link to 7,941 vouchers, worth a total of $1,308,505.

If you read the article you’ll see how some customers had purchased their vouchers, but when they went to use them at the check-out, they had been cancelled by Woolworths, leaving the poor customers publicly humiliated and a tad upset.

Here’s what one customer said: “They took my money from my credit card and told me I was using stolen cards. I could not take the trolley of groceries home as I did not have enough money to pay. I tried to call Woolworths but no one picked up the phone. I have had a very very horrible day.”

To say this data breach is a disaster is an understatement. And it demonstrates how managing your small data – let alone your BIG DATA – can be very costly if you get it wrong.

It also reflects another problem of modern business. The attitude of big brands: it’s one of complete disrespect and disdain for customers. They refuse to provide humans to serve customers when those said customers require help. You’d think these brands would know a customer – those people who pay the salaries of the executives, like the CEO. Why don’t these companies get it? 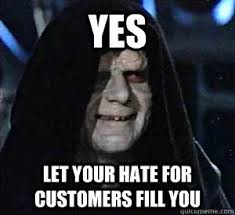 I was in Woolies, or was it Coles last week? I struggle to remember because they are identical in design, have the same soulless atmosphere and a complete lack of service.

I was trying to find a particular product, but couldn’t find any particular staff to help me. Like an explorer in uncharted territory, I searched aisle after aisle for someone who was obviously an employee, who could provide directions. I did find a bloke stacking bread, but he said he said he wasn’t an employee, he just put the bread on shelves. Obviously some sort of volunteer, slave, intern or work experience lad?

I tried the checkout but the queues were too clogged to attract attention. Eventually I found someone who suggested I try three quarters of the way down aisle 19 – supported by a “good luck mate” comment. 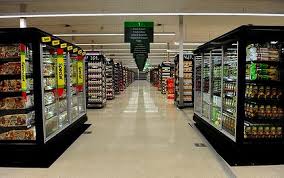 Woolies or Coles – they both look the same?

Just like real estate agents, you could swap the logos between the Woolies and Coles stores and you wouldn’t notice a difference.

The data disaster was followed closely by the Woolies Website Wreck

You can read about it here. Unlike the majority of humans, marketers get excited about marketing – which is understandable but rarely fruitful. The language gives it away. Woolies spent money telling the public how excited they were about a new website. Life must be dull in grocery land if that’s what floats your boat. 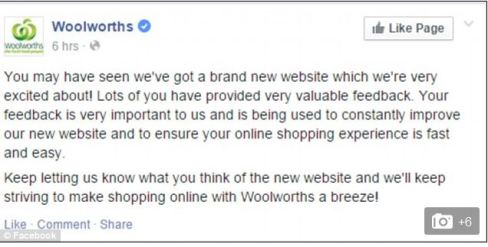 The problem for Woolies was the lack of response to the feedback provided by customers – despite encouraging it.

The best they could manage was to reply with a social media post:

“Woolworths online serves thousands of customers every day. We have been making changes to our site and gradually rolling them out across the country… these changes also mean customers pay exactly the same price in store as they do online.”

This demonstrates a complete disconnect with their customers. The problem Woolies caused, had nothing to do with cost of goods. It had everything to do with the cost of convenience – the website wasn’t working, so any convenience gained from shopping online was lost. Bugger the price of beans.

So many companies force you to DIY problem solve, by searching and hunting on appallingly designed websites (where ‘contact us’ is almost hidden from view). The only way you can solve a problem is submit an email form and hope you hear back in a few days. 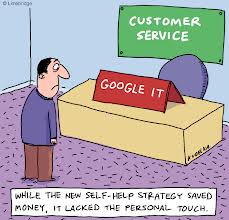 You can never find a telephone number to contact companies at any time of day. These companies want you to do business with them 7 days a week, either in retail stores or via websites, but they don’t want to provide customer service. Or if they do provide telephone support, you have to talk to a computer, press buttons, go around in circuitous loops and eventually get put on hold for ages listening to advertisements.

So those who can be bothered start trolling on social media and marketers mistakenly believe that’s where they need to be focusing. I’ve owned a supermarket – not the size of Woolies or Coles – but the principles for serving your customers do not involve remote random social media posts. 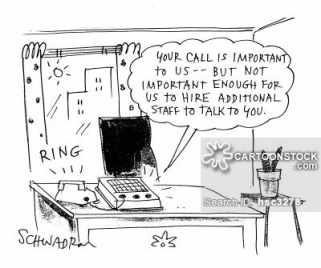 Maybe Woolies and Coles should just merge and become Coolies? It’s a rude and disparaging term for cheap labour. But given both stores are too cheap to provide labour to serve customers, neither give you a discount for self-serve checkout and all their ads brag about how cheap they are, it seems quite appropriate.