The year 2000 was wonderful for Sydney-siders dear reader. We were hosting the ‘greatest games ever‘ and the city was party-central for this fabulous festival of sport. Even the weather obliged with sunshine for the most part.

And because trucks were off the roads, only delivering at night, and most of the city’s occupants were on holiday and using public transport, the lesser traffic ensured the blue skies above were as clear as they’d ever been. 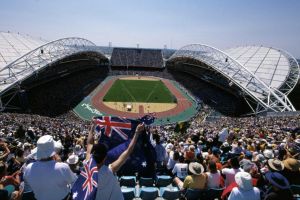 But what was special during that two week party called The Olympic Games, was how polite and friendly people were to each other. The populace was smiling and manners came to the fore – “after you” in doorways, “thank you” for anything. When 10,000 fans were crammed onto the Olympic train station awaiting the next train, instead of getting angry at the crush, we sang songs together and enjoyed doing so.

Instead of complaining, the crowd sang songs…

I commented to my better half “I wish people were this nice all the time. I wonder how long it will last?”

Less than 7 days is the answer.

In under a week from the Games finishing, I had an elevator door slammed in my face as I went to step in, a queue-jumper pushed in front of me to order a coffee and road rage returned with a vengeance, as the roads and traffic returned to normal.

Quick, close the door on that person running for the elevator…

I’m writing about this topic, because during the early days of the current COVID lock-down, people have behaved very politely and appeared a lot more friendly. The early-morning walkers who would normally ignore a friendly greeting, have happily chatted rather than avoid eye contact. Dog walkers have been bumping elbows – and dogs.

Even the fitness freaks, who would otherwise be in a gymnasium of some sort, say “hello” as they sweat past you, or while doing their routine publicly in the park as you walk by. These might seem like small things, but in the big scheme of urban communities, getting anyone to acknowledge a stranger’s greeting is usually nigh-impossible. 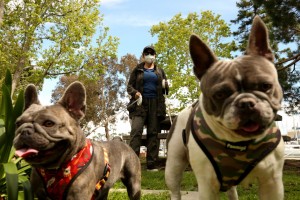 And you’ve probably seen the images of nature returning to its healthiest condition, unseen in decades, as pollution disappears from our rivers, canals and skies.

Given the “second wave of stupidity” by the masses afflicted with TPHS (Toilet Paper Hoarding Syndrome) I suspect that across the board, there won’t be much of a ‘new normal.’ People and companies will return to existing habits and practices, though with some modifications – such as working from home more often than pre-pandemic.

It seems road rage is on the rise, while social distance queue-jumping is rife in retail stores. If you don’t immediately step to the next “X marks the spot” in the checkout queue, some low-life will jump on to the unmanned X and steal your place. 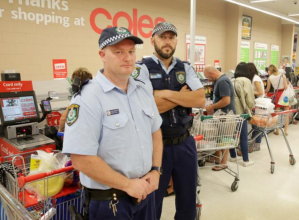 And let’s not mention the oxygen thieves who state they are not going to let a pandemic interfere with their lives. They are actively ignoring social distancing and continue to hug, kiss and gather in groups. When one young male was asked by a reporter “what if you give COVID to your grandmother?” he just shrugged and said ironically “that’s life“.

So my COVID-Forecast for public behaviour is that there won’t be a new normal, just the old one returning along with the easing of restrictions. Most of us care about one thing – ourselves – and we’ll do whatever we can to look after number one.

Speaking of number ones, that reminds me, I need to buy some paper for number twos. Better arm myself and prepare to take on those with TPHS at the retail store…

Before I start this post dear reader, I declare I only speak one language – Australian. I respect anyone who can speak multiple languages. But because someone can speak a language doesn’t mean they can communicate in the language they speak.

I assume my international colleagues experience similar frustrations as we Aussies do, when you call a local company’s “customer service centre” that is located in a country where English isn’t the first language. This outsourcing of alleged service has been one of the great cons of modern capitalism.

One of the worst experiences is when the call-centre representative gets into a circular loop reading from a script, usually because they don’t understand the language or its nuances, and are unable to solve the problem at hand. The conversation ends up as “I understand your situation…” Of course they have no idea or understanding of the situation. But some call-centre psychiatrist, or human capital expert, has convinced management that this phrase helps diffuse the customer’s frustration, when in reality it makes matters worse. 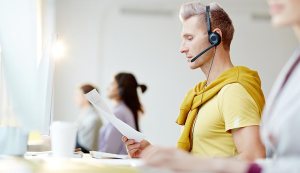 “I have no idea how to solve your problem, but it says here I should say…”

So, given the COVID-Crisis and the massive unemployment it is creating, isn’t it time we returned call-centres to Australia?

Qantas is an example. Today it announced it is sacking around 6,000 staff in order to survive. Why not relocate the Qantas call-centres to Australia and employ some of those staff, where the income will benefit the local economy? It will also improve the customer service. 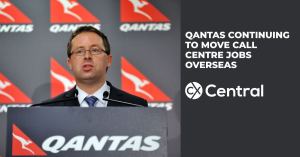 Telstra is another one. I’ve yet to speak with a customer service person without “I beg you pardon” being the most common phrase I use. Even worse is the Voice Recognition software that doesn’t work. Here’s a typical day in the life of a customer. You call the Telstra hotline. A computer answers and asks you to state why you’re calling. After stating your reason to the computer, it replies with something such as “I’m sorry, I didn’t understand you, please repeat the reason for your call.”

This goes on until the computer forwards you to a human in another country. You go on hold until an English-as-a-second-language representative starts talking to you, usually to advise you’ve been put through to the wrong department, so “please hold while I transfer you“. Then the line goes dead, or if you’re lucky you get through to a queue to wait to speak to another representative, blah, blah.

It may be naive, but I believe we should use this opportunity to create jobs in our local economy – we have the talent pool. It’s the largest since the Great Depression. Let’s bring our call-centres home!

Gotta go, I’m having internet problems and have to call Telstra – aaaggghhhh!!!

A spike in the number of COVID-19 infections this week, in the State of Victoria in Australia, has led to a second wave of stupidity. Apparently, people are rushing their supermarkets and panic-buying bog rolls.

So I thought I’d republish this article, as it is the most popular of my posts in this crazy year. It reflects the simple adage, when common sense flies out the window and people panic, brands don’t matter…

Never underestimate the stupidity of the typical punter…

Now before you pile on dear readers, I am first and foremost a ‘brand man’. I’ve spent my career marketing brands and have just written an article for a trade publication on how those who continue to advertise during tough times, come out of the downturn faster and more profitable than those who don’t advertise.

But the human nature demonstrated in these last few weeks, seems to support that old classic – Maslow’s Hierarchy of Needs – and we’ve just added a lower foundation level. 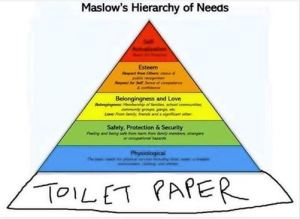 There has not been one person anywhere in the world, who wanted to buy toilet paper, say “oh that’s not my brand – I’ll leave this pack here for someone else and wait until my brand is in stock.” 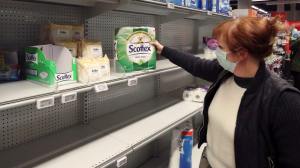 Oh, this isn’t my favourite brand I won’t buy it…

Get your pasta, any-brand-will-do pasta…

When it comes to the survival of the fittest and the satisfaction of the most basic needs – brands don’t matter. People treat every brand as a commodity.

Last week, I asked my university students what brands, they or their parents, were buying during this pandemic. “Anything we can get our hands on, it doesn’t matter what brand it is – we don’t want to run out of toilet paper.”

The craziness will end though and when humans go back to the ‘new-normal’ and have time to shop at well-stocked stores with disposable income and job security – brands will matter.

So keep investing in your brand – you may have to find innovative ways to do so, such as the distillers making hand sanitiser. But don’t stand still – or you’ll be run over in the rush for essential commodities.

Last night, the Australian Federal Government announced a restructuring of university fees. It’s an attempt to attract more people to study for what the politicians believe will be the growth-jobs in the near future, as we emerge from the COVID-Crisis. 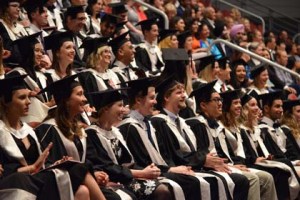 My main concern about this decision is it’s lack of understanding about the average student’s ability to communicate, not to mention the typical blogger, community manager, content marketer, people publishing on LinkedIn, academics et al. They operate under one of two mistaken beliefs: “I type, therefore I can write” or “I talk, therefore I can teach“.

As I’ve written about in these pages before, The OECD International Adult Literacy Study revealed the following:

These people, who are struggling with basic language and literacy, are the people creating content for marketing purposes, among other things. It’s no wonder so much ‘content’ is completely ignored, or not understood.

And I recently read that the biggest fear of about 66% of graduates when starting a new job, is having to talk to colleagues. Our graduates fear conversations with humans – partly because they spend so much time staring at screens and texting rather than talking, they have little appetite for verbal communication.

Please don’t make me speak to my work colleagues…

The alarm bells should be ringing loud and clear – communication skills are an essential service in which we need to invest – now more than ever.

As Confucius said in the 5th century BC: 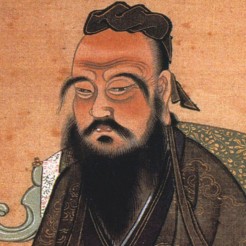 And Confucius was correct. Right now, our people are standing about in helpless confusion:

Gotta go, I need to communicate some assignment results to my students. Maybe I’ll just email them…