As many of you will know, one of the major weaknesses of digital marketers is their lack of knowledge of marketing history.

They naively assumed that just because a technology was new, all previous technology was useless, all existing media channels no longer worked, proven techniques suddenly failed, and human DNA changed forever. So they ignored everything that had worked pre-internet.

The nature of technology is to constantly evolve. Experienced marketers have lived through a constant stream of technical innovations – in television, radio, outdoor, mail, print, sponsorship and of course online. So for most, the digital channels just offered additional media options for marketing purposes.

One of the most profitable channels – for both the media owner and marketers – was the humble mailing list. Mailing lists existed for every consumer and B2B category. You could rent them or create your own and reach every person on the list. Many list owners rented their lists both for profit and to keep the list current.

But then the marketing toddlers in their digital nappies arrived. When they realised the power of direct marketing via email, they really went to town – spamming, abusing privacy, ignoring unsubscribe requests and generally operating without any ethics. They were so appallingly bad at the use of email lists, governments around the world were forced to take action to stop them.

In countries across the globe new laws banning spam, banning the sending of unsolicited emails, and protecting the privacy of consumers, were legislated. These were the direct result of digital marketers abusing their privilege – to communicate directly with consumers. 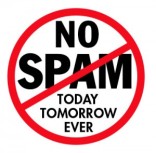 The backwash from these bans was devastating. Here’s why:

So, if you owned a list and it contained contacts from more than one country, you now had to comply with multiple privacy and spam laws. The cost of this compliance became prohibitive. When coupled with the reduction in subscribers to printed magazines, the cost versus revenue for list ownership and maintenance became unsustainable. The penalties for non-compliance were too high and not worth the risk of human error.

For the uninitiated, prior to these new laws, any marketer could rent a mailing list and send direct mail for business purposes. Let’s say for example, you wanted to reach IT professionals. You didn’t have to advertise and hope you reached them. You could rent a list and mail them anything from a letter to a white paper, even include an involvement device. Then you managed responses and followed-up the non-responses by phone.

Here’s one of the world’s most successful B2B campaigns from a pre-internet age. It paid for itself within 4 hours of delivery. 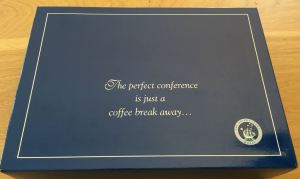 But that simple way of doing business has been severely damaged. Thanks to the spam and privacy laws, there are way fewer lists available to rent – particularly in niche markets.

Now B2B marketing for example, has become much more complicated and open to abuse. It is reflected in the growth of the fake influencers and fake thought leaders. Instead of renting a list or building one, marketers are being told they have to do social selling. As against anti-social selling? What sales process isn’t social?

Here, according to the digital marketing experts, is what you have to do today to reach a B2B prospect.

This process takes way longer and costs much more than simply mailing your prospects and customers with relevant information and reasons to respond (known as selling). But hey, it has digital buzzwords attached to it so it must be worth destroying a profitable media channel.

I’m not saying that contacting people on LinkedIn and gradually converting them to a customer doesn’t work. Though most social sellers don’t practice what they preach. Instead, they connect and start flogging their wares immediately, without any credibility, using puff-words like “awesome”, “killer”, “secrets”, and “mind-blowing” in their message. 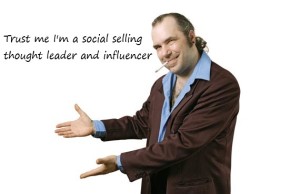 Here’s an example of one I received this week from a person who asked to join my network, I didn’t invite him. It arrived courtesy of marketing automation: “…5 killer LinkedIn tactics we used to generate 50 appointments and 13 closed deals in 2 months” I have no idea why he thinks I’m a prospect, these killer tactics are the last thing I need to grow a business. The message has zero credibility.

Interestingly, many of the thought leaders on social selling have never used direct mail, so they have no credibility when claiming social selling is the solution. You can prove it too – do a split run test. You might be surprised at the results.

In my experience, using mail supported by the digital channels will get the best result – but I’m only speaking from experience. Given current marketers don’t care about marketing history aka “experience” the message will probably fall on deaf ears.

If you live in Brisbane and want to know how to make your mail work in a digital world, here’s a blatant plug. Join Steve Harrison, the man Campaign magazine described as “The greatest Direct Mail creative of his generation“. He’s won more Cannes Lion awards for direct mail than anyone else. You’ll learn how to do award-winning, effective direct mail at this event on 11th March 2019: