Research released this week by ThinkTV claimed “people working for advertising agencies are out of touch, childless, share-housing, farmers’ market-loving, workaholic gym junkies, who overestimate the impact of social media and the internet on normal Australians.”

Me thinks it’s a pretty accurate persona, to use the modern vernacular.

Of course, the consequence of the frame of reference from which agency types view the world, is how it influences their creative and media decisions in quite biased and dangerous ways.

I was on the end of this type of thinking when talking with a marketer in charge of selling “enterprise solutions” for a telco. In layman’s terms this means she flogs large phone systems to big companies through consultative selling. The reason she was asking my advice was the fact her sales were tanking and she couldn’t get leads from her digital marketing in LinkedIn and banner ads on other sites. True dear reader.

I was showing her some interactive 3D mail examples from US telcos that worked really well to generate qualified leads, particularly when supported with telephone follow-up. She stared at me bug-eyed and said “mail and telephone for B2B marketing are just not on my radar, everything’s digital these days and the agency would never go for it“.

I was taken aback, because as she spoke, I saw something flapping outside her window.

The real problem with this advertising agency parallel universe is that it’s not new. The industry has lived in it for decades and not learned from its mistakes. I remember a survey in the 1980’s that demonstrated how out of touch the people who worked in advertising agencies really were.

One revelation was that agency people assumed everyone leased cars and bought their groceries on their fuel card in Shell Shops and 7/Eleven stores. Why go to Woolies? 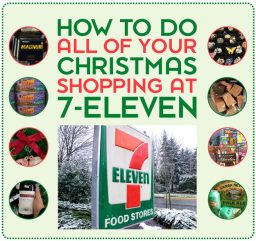 I also had a marketing assistant at that time, who eventually became a partner in an ad agency (must have been the training). She lived in Sydney’s eastern suburbs and abjectly refused to travel west of George Street in the city. “the only time I go west is to get to the polo and then someone drives me“, she proudly exclaimed.

So here is the latest parallel universe of Adland – it goes part of the way to explaining the massive amounts of money being wasted in digital marketing channels.

The key is as follows – view the charts and weep:

This article in yesterday’s press let the facts speak for themselves. For example, when asked to estimate how many people watch Netflix weekly, Adland said 80%. Yet apparently only 28% of “normal” people use Netflix weekly.

Gotta go now and do my weekly mentoring of young agency talent. Where’s my Tardis?

Marketers and their agencies are often guilty of not understanding the reasons why people behave the way they do. They don’t take time to talk with their customers. This lack of real communication has increased in recent years alongside the growth of marketing automation. We’ve stopped talking, we’re only computing, and lost a layer of human involvement along the way.

As I’ve written before, you’ll be surprised what you learn if you just talk with your customers.

This lack of knowledge about what motivates customers was laid bare at a tourism marketing conference in New Zealand, at which I spoke some time ago. I met Jeanette Kelly – a women who has spent years working in the hospitality industry, running her own business as well as working for others. Jeanette presented a wonderful piece of research conducted by the University of Waikato.

The accommodation and marketing managers of various hotels, motels, guest houses and the like, were asked what they thought were the most important factors influencing accommodation choices. They said, in order of priority:

Guess what the customers listed as the most important factors influencing their accommodation choices, in order of priority?

In case you’re wondering ‘room prices’ came 17th on the list of priorities for customers. And what were the marketers smoking to believe customers care about marketing and sales programmes?

More importantly, as you can see in this case, what customers want to buy and what marketers are trying to sell, are poles apart.

So take some time to really talk with your customers and understand what motivates them. You could be pleasantly surprised by what you learn. Who knows, you might find they’re looking to buy something other than what you’re selling, or even be willing to pay more?

Have to go now. My bride says she has a surprise for me. Why is she carrying a drill?