You may have read my post about how the prestige Danish jewelry brand Ole Lynggaard uses direct mail to build its brand and sales – and what a loyal fan my bride has become.

Well today, while visiting our kid’s school for a student presentation, I resigned myself to a lifetime of working for a living. Because like some unexplained phenomena and before I could divert her attention to our daughter’s project, my bride just happened to start chatting with the Country Manager for Ole Lynggaard and a Danish designer – the wife of the Danish Ambassador and friends of “Our Mary”. And of course they’re all wearing the jewellery aren’t they! 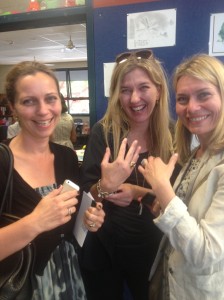 In fact, the delightfully charming Kamilla (the Country Manager) is more like a walking pop-up store for the brand. You could put a deposit on a harbourside apartment with just her necklaces. My heart rate immediately accelerated as they started comparing jewelry, instead of looking at our children’s projects.

And just to help my blood pressure head further north, they agreed the Ole gals were a like a secret women’s club. They all know about the brand, how to mix n match items and the best pieces. Which of course means they have to keep buying the stuff.

To help motivate the ‘club members’ further, Kamilla talked about a new range. “A new range” I blurted – “my bride isn’t finished with the current range.”

“But that’s one of the benefits of the brand for men” smiled Kamilla. I looked quizzically at her with a “please explain” expression. She did; “There are so many designs and different pieces you can match together, that men can buy any piece knowing it will be kept forever. Their partner won’t throw it away next year because it is no longer fashionable. In fact, they’ll want to add to it over time, so it’s a perfect gift for any occasion.”

I stumbled away beaten and unable to counter, as my bride enthusiastically agreed, repeating the phrase “any occasion dear” while the secret women’s club connected with each other on Instagram. 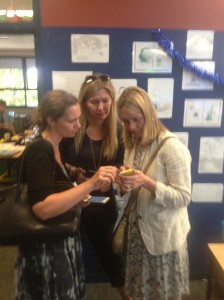 But that’s a valuable insight for a brand. The more reasons you can find for people to buy your brand, the more you will sell. And the target market is not always the user, but the buyer – poor sods like me for instance.

I’m off to ask the Danish Ambassador for a second job – given my bride’s ongoing contribution to his economy, it’s the least he can do.

Some years back I attended a Joe Cocker concert in the Hunter Valley vineyards. It’s about the 3rd time I’d seen the Mad Dog and Englishman. In earlier days he was so drunk he fell into the drum kit. At one event, with Fosters can in hand, he said things about his duet partner Jennifer Warnes that would make a trade unionist blush. 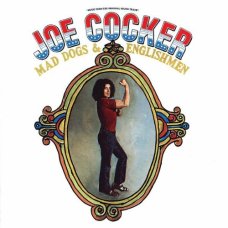 As we sat in our chairs on a cloudless Hunter evening, sipping wine and snacking on finger food, a group of ladies perched on rugs behind us. The sun was setting, the mood was getting louder and the gals were opening bottles of plonk and passing food around.

Now if you’d asked me to write out 1 million different phrases you would hear at a Joe Cocker concert, I would never have listed what one of the gals said next.

What happened to beer and reefer? It seems we fans and the rock stars have mellowed a tad – me included. 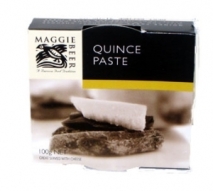 It was then I realised how real fans stay with their favourite bands for life – and spend an absolute fortune along the way. Their lifetime value is enormous. I even bought a t-shirt.

I was reminded of this last week, when I took my sister and 10 and 12 year old son and daughter to see The Rolling Stones. Subtly influenced by me, the kids know many of the Stones’ songs and can even play a couple of the sax solos from Satisfaction and Brown Sugar.

We were all decked out in our Sticky Fingers t-shirts. This turned a few heads as the kids appeared to be the youngest in the audience. One hippie mother stroked my ego when she claimed I was “the best parent in the world for taking my kids to see The Stones!” I could only agree modestly:) 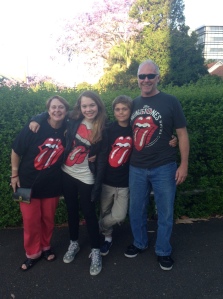 Like thousands of others we queued at one of the merchandise tents to buy some branded memorabilia. The Concert Programme alone was $30 – and of course the kids wanted one each. There was a special merchandise pack we could have bought for a meager $550 – that’s not a typo – $550. So we bought posters and t-shirts instead. I also bought a hand towel for my golf bag – a great conversation starter as I wander the course (put that thought aside for a minute). 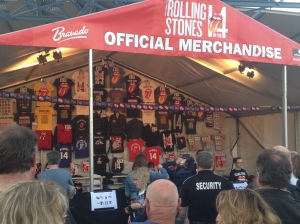 We entered the arena carrying our branded merchandise bags and took our seats. The event started to fill quickly. Others also arrived with their merchandise bags, as well as beer, wine and food in hand. It was all very polite and well behaved.

It was only rock n roll but we loved it

The show was spectacular, probably the best of the 4 times I’ve seen them. My kids thought it was the greatest thing they’d ever done in their lives – so now I have a high benchmark for future excitement.

Keith lit a couple of smokes, while Ronny puffed away constantly. Otherwise there was no wild stuff at all. It was certainly a long way from the Altamont concert where the Hells Angels held sway as security guards and killed 18 year old Meredith Hunter who pointed a handgun at them.

What became quickly obvious was that the marketers have finally taken over. Every piece of merchandise was licensed and the branding was orchestrated wherever it appeared. You could buy branded guitar picks, key rings, towels, clothes and more, then carry them in branded plastic shopping bags to further promote the brand away from the concert. It was like going to the movies at the local shopping mall. Curiously though, I couldn’t see any music for sale?

Now bring that earlier thought back again – I bought a hand towel to take to golf – WTF? Like Harley Davidson owners who tattoo the HD logo on themselves out of pride, I’m still wearing Stones stuff as a badge of honour, even on the golf course. And paying a small fortune for the privilege.

On the way home my daughter said “Dad, you know I’ll never smoke, but now I understand why teenagers liked cigarettes in the old days. Keith Richards looks so cool when he smokes.” 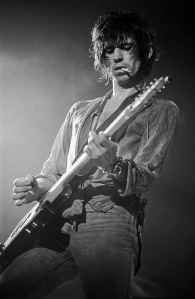 I smiled to myself while thinking ‘there’s a benchmark for a boyfriend – he has to be cooler than Keith Richards’. LOL – the boys will have no chance and no idea why.

But I did get some hope from the show. If I have half of Jagger’s moves when I’m 71, I’ll be a very happy (older) rock fan. 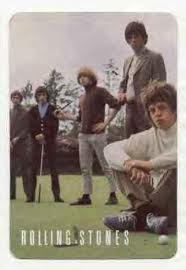 I’m off to play a round of golf…