Every time a bright new shiny digi-object appears (which is almost daily) marketers rush to spend money on it, before any evidence exists to prove its worth.

In her brilliant book “Viral Marketing – The Science of Sharing” Dr Karen Nelson-Field, Senior Research Associate at the University of South Australia’s Institute of Marketing Science, reveals many truths about viral and digital marketing channels.

The obvious fact is the most common issue affecting success in the digital world is simple – change is occurring ahead of learning.

The same thing happened when CRM and database marketing first appeared in the 1980’s – and millions of dollars were consequently wasted. In the early stages of any new media adaption cycle, marketers become so enamoured with the possibilities of the new channel, they only see the positives and only promote the ‘successes’. They actively choose to ignore failures.

As the Dr says; “when the wave of new devotion is so strong it is easy to ignore research that is counter to popular commentary.”

A self-fulfilling wave of anticipatory enthusiasm puts pressure on marketers to over-invest to avoid being left behind – FOMO. Decisions are based on hype rather than evidence. And like lemmings the individuals follow the crowd.

This medical condition is known as trend blindness. But as I’ve learned over the years, most people don’t want to speak out against the madness of crowds – popularity always trumps commonsense.

If you believe some experts, the way to viral marketing success is to have a cute cat, dog or kid doing unusual things in your video. And while some of the most viewed videos on You Tube include these species, more videos have failed than succeeded with cats, dogs or kids in them – but we only ever hear of the successes and assume that’s the full story.

Being a researcher the Dr quotes many experts in their field to support her case:

Jenni Romaniuk, Research Professor, School of Marketing, University of South Australia said in 2012: “early knowledge is patchy in substance: research findings are often reduced to soundbites that get passed on without any regard to the quality of the underpinning research. Case studies – particularly ‘successes’ are taken as gospel instead of being treated more appropriately as single points in a larger story.”

And Bruce McColl, Chief Marketing Officer, Mars Inc says: “Don’t be seduced by new! Technology is there to serve your strategy; your strategy should not serve technology. Rigorously explore new media to enable a better execution of your growth strategy. Any other approach is a gamble with your shareholder’s money.”

This is an issue facing businesses when it comes to social media – they are letting the technology rather than the facts drive the strategy. I see it daily when consulting to marketers on their social strategy. 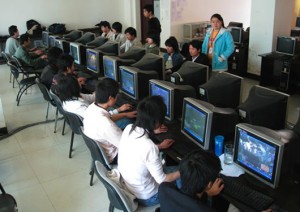 That’s not to say the channels won’t become profitable. But unlike traditional channels where you know the minute you post a paid ad whether it works or not, the social channels require long term investment of expensive labour – something most small businesses for example cannot afford, or are reluctant to invest in.

The other issue in the social space is the qualifications of the alleged experts. There appears to be the old attitude of “I work in digital, therefore I am… an expert”. Curiously when I ask audiences of digital marketers to nominate the books they’ve read recently (published by legitimate experts) the silence is deafening.

Some will argue that the increase in spend in new channels is part of the investment in learning, as the channels are new. The fallacy with that argument of course is that if you are going to invest in new media, it should be bench-marked against existing media over time to determine its value. And most of the investment in digital channels is not being accurately measured against existing channels that work.

Only when a new media proves it can pay for itself, do you add it to your marketing mix – either by investing additional funds or at the expense of channels that don’t perform as well.

So at the risk of being unpopular for having a contrary opinion, I’m off to read the Docs book again – I learn something new every time I do. For example, did you know that arousal and valence are key to viral success?