Try as I might, despite asking thousands of marketers in my seminars, I cannot find any fortune tellers or forecasters of the future. None are able to tell in advance how their marketing campaigns will perform. 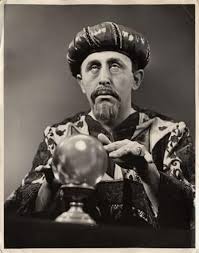 where are all the fortune tellers?

So I ask them, “why risk losing all your money at your first attempt, when you can lose some of it at the first attempt, to ensure you can make lots of it later, when you run your campaign?”

It makes sense and it’s why you should always test your campaigns before rolling out – to invest in a more profitable future. Unfortunately most marketers don’t test – to the detriment of their bottom line and their brand.

Marketers regularly say they can’t afford to test – but I say you can’t afford not to test. And that’s about where it rests most of the time – a bunch of sayings.

On more occasions than I remember, I’ve been asked if I can advise what a response rate will be to a campaign. But here’s a warning; if someone tells you they can forecast a response rate without having run a test, they are either lying or trying to win your business – or both. And we’ve all met those who claim they can predict your marketing fortune in the online world.

The only way to predict the future is to test. And one of the benefits of online media is the ability to track user behaviour in real time. Everything is measurable. Marketers can watch on dashboards as messages and links are opened and clicked on. They know, for example, within 24 hours of an email campaign being sent, what the open and click-through rates will be for the whole campaign.

I’ve seen split-run subject line tests in email, or layout tests in landing pages, generate response rates of over 1,000% difference between the best and worst results. Wouldn’t you like to have that knowledge before rolling out your campaign?

Testing means marketers can predict with confidence how a campaign will perform based on the results. And they can roll-out the campaign immediately the results are known.

Offline tests take longer to assess results, although DRTV generates immediate responses. I once wrote a series of scripts for a 90 second DRTVC for an online bank. We recorded ads and tested the scripts to determine the best performing copy (sorry, content) and then we did a split-run test by gender. That is, the same script was recorded using male talent and female talent. Then both were tested against the daytime TV audience.

Any thoughts on which gender worked best for financial service advice among daytime TV viewers? The male talent dominated the results – and BTW it had nothing to do with my acting ability. It was the copy (sorry, content) that did the work.

If a test can reveal that a particular offer or execution generates a specific result to a sample of the market, then it is reasonable to expect that same offer to the remainder of the audience in the same media, will generate a similar response.

The incremental cost in a test for additional creative, or another media execution, or a different offer, will nearly always pay off with the knowledge you gain and the improvements in your bottom line.

After all, why should you guess when you can know? 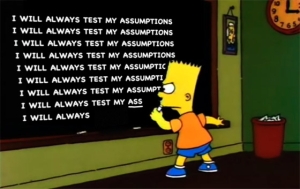 Then of course when you know what works you can reduce your marketing budget to get the same results as previous, or get better results for the same spend – but that’s another blog:)

And that’s why direct marketing is the art of losing money in very small amounts…so you can make it in large amounts.*

(*Over a long lunch that became dinner, Drayton Bird and I created this alternate definition of direct marketing)