I’m feeling lazy today, so here’s a few laughs at our expense: 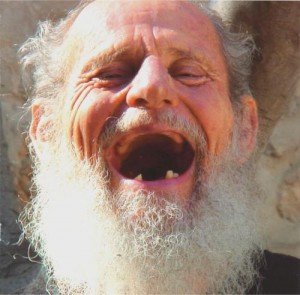 A young man asked an old rich man how he made his money.

The old guy fingered his expensive wool vest and said, “Well, son, it was 1932. The depth of the Great Depression. I was down to my last nickel. Marketing was the key to my success.”

“I invested that nickel in an apple. I spent the entire day polishing the apple and, at the end of the day, I sold the apple for ten cents.”

“The next morning, I invested those ten cents in two apples. I spent the entire day polishing them and sold them at 5:00 pm for 20 cents. I continued this system for a month, by the end of which I’d accumulated a fortune of $9.80.”

“Then my wife’s father died and left us two million dollars.”

The Top 10 Signs You Work In Marketing

10. You lecture the neighbourhood kids selling lemonade on ways to improve their look-to-buy ratio.

9. You get all excited when it’s Saturday so you can wear casual clothes to work.

8. You refer to the tomatoes grown in your garden as “deliverables.”

7. You find you really need PowerPoint to explain what you do for a living.

6. You normally eat out of vending machines and at the most expensive restaurant in town within the same week.

5. You wear grey to work instead of navy blue to make a bold fashion statement.

4. You know the people at the airport and hotel better than your next door neighbours.

3. You ask your friends to “think out of the box” when making Friday night plans.

2. You think Einstein would have been more effective had he put his ideas into a matrix.

A visiting customer is taken by the Marketing Manager on a tour of a factory that produces various latex products.

At the first stop, he’s shown the machine that manufactures baby-bottle nipples. The machine makes a loud hiss-pop! noise.

“The hiss is the rubber being injected into the mold,” explains the Marketer. “The popping sound is a needle poking a hole in the end of the nipple.”

Later, the tour reaches the part of the factory where condoms are manufactured.

“Oh, it’s just the same as in the baby-bottle nipple machine,” says the guide. “It pokes a hole in every fourth condom.”

“Well, that can’t be good for the condoms!”

“Yeah, but it’s great for the baby-bottle nipple business!”